This is Tommy Bowler, a very angry mobster. He is not too smart, but has quite a temper and is very strong, strong enough to shoot with two tommy guns at the same time. I designed this character as a miniboss for a fictional mobile game. For fun I created two animation loops, one walk cycle and one shooting cycle. The character is 8714 tris and the guns are 2208 tris each. Below you can see the two animations and the high res sculpt. The animations a animated gifs so you might want to give them some time to load.
This character was sculpted in Zbrush, retopo-ed, rigged and animated in Modo, textures were made in Zbrush, Substance Designer and Substance Painter. 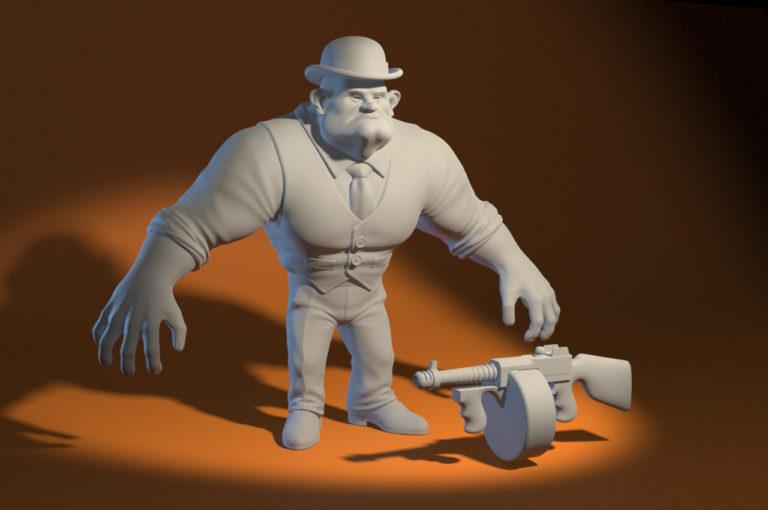 About the Author: Simon

Sorry, the comment form is closed at this time.